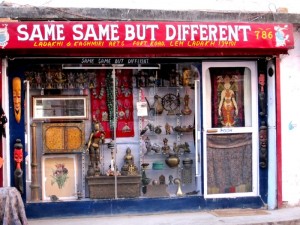 Tests allow us to (a) know something is wrong and (b) help us locate that something. We want to plant lots of clues for our future us (or another code victim of ours) who will need to analyze and solve the problem. For us to do this, and I really hate doing it, I’ll raise the ghost of our fallen enemy: Waterfall.

Years ago, when I visited water-world, I use to write SDDs. These were the dreaded Software Detailed Design documents, and we wrote them for both features and components. Of course, nobody liked them, their templates, the weird words in the beginning and they even smelled funny. But…
They had one thing going for them: In order to write one, you had to think about what you’re going to do. (Sounds like the biggest benefit of TDD, right?). Once we reviewed the documents, it was a good starting point to ask “what if” questions. What happens in the case of disconnect? What if the component is not initialized in time?
As part of our learning, at one point we even added a test-case description to the doc, so the writer needed to also think up front of all the cases he needed to check, and we could review those too. The list also served as a check list for the implementer to test.

Back to the future

That’s right, waterfall was evil, but sometimes had some good parts in its heart. We usually give BDUF (big design up front) a bad rep, but really, it’s the effort in documentation that bothers us, not the thinking up front. Scientists have proven that thinking about something before doing it correlates to its success. Imagine that.
TDD tells us to focus on the current test. The hardcore guys take that to the extreme, but in fact, it’s really hard to do.
While we’re doing one scenario, we’re still thinking about the other “what ifs”. If we’re not doing TDD, and writing code first, as we code we’re thinking about those “what ifs”.
And we should embrace the way we think, and make the most of it.

We’re already doing the thinking about the scenarios, and what makes them different from each other. All we have to do now is to make sure we leave the breadcrumb trail of our thoughts.

In order to analyze a problem when tests fail, we need to get into detective mode. The more evidence we have, the better. With enough differentiation, we can get a mental model of what works and what doesn’t, and better – where the problem might lurk, so we can go on and fix it.