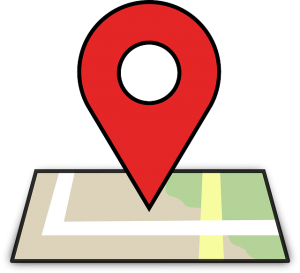 This is the 4th post on test attributes that were described in the now even more famous “Test Attributes – Introduction” post. If you want training and/or coaching on testing, contact me.

Accuracy is about pinpointing the location of the the failing code. If we know where the offending code is, we can easily analyze what problem we caused, and move on to fixing the problem.

The trivial example is tests that check different methods. Of course, if one of them fails, we know where to look.

Here’s another simple case, on the same method. We have a PositiveCalculator class that its Add method adds two positive numbers,  or throws an exception if they are not so positive:

We can then write the following tests:

Looking at the tests, we already see they check two different behaviors. When we combine what we read from the tests, and the tested code, it’s easy to relate the parts of the code to each tests. So if one of them fails, we’ll know where to look.

Unfortunately code doesn’t always look like this.  It usually starts like that, but then grows to monster-size functions. When it does, it either becomes untestable, or incurs tests that are large, overlap each other, and test multiple things. None of those are accurate tests.

Let’s start with the preventive measure: Don’t let the code grow. Be merciless about keeping methods small, and use The Single Responsibility Principle to extract code into smaller, easy testable and accurate functions.

But I didn’t write this code!

How do I make my tests accurate?

Here’s what you can do. Now that you have a test, or a bunch of them, it’s time to make use of them: Start refactoring the code. Having the tests in place, will tell you if you’re breaking stuff, and it’s very easy going back to working mode, because refactoring is also done in small steps.

Once you have broken the code into smaller pieces, you can now write smaller tests, which give  you the accuracy that the bigger tests didn’t have. In fact, you might want to replace the big tests with some smaller ones, if they give better information and performance for the same coverage.

We can also make the tests more accurate with the following methods:

Accuracy helps us fix problems quickly. But it’s definitely not so easy to come by, because it depends very much on the tested code. However, using the combination of the methods I suggested, and making use of working to test to refactor and simplifications, test accuracy is definitely within reach.

Next up: Differentiation.
For training and coaching on testing and agile, contact me.