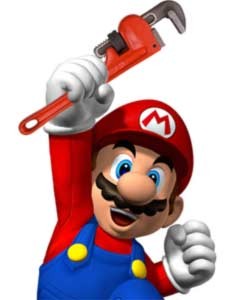 This the 6th post about Test Attributes that started off with the supermodel of series,  “Test attributes – Introduction” post. If you need training on testing, contact me.

I always hated the word “maintainability” in the context of tests. Tests, like any other code are maintainable. Unless there comes a time, where we decide we can’t take it anymore, and the code needs a rewrite, the code is maintainable. We can go and change it, edit or replace it.

The same goes for tests. Once we’ve written them, they are maintainable.

So why are we talking about maintainable tests?

The trouble with tests is that they are not considered “real” code. They are not production code.

Developers, starting out on the road to better quality, seem to regard tests not just as extra work, but also second-class work. All activities that are not directed at running code on production server, or a client computer, are regarded as “actors in supporting roles”.

Obviously writing the tests has an associated future cost. It’s a cost on supporting work, which is considered less valuable.

One of the reasons developers are afraid to start writing tests is the accumulated multiplier effect: “Ok, I’m willing to write the tests, which doubles my work load. I know that this code is going to change in the future, and therefore I’ll have to do double the work, many times in the future. Is it worth it?”

But not necessarily because of that.

The first change we need to do is a mental one. We need to understand that all our activities, including the “supporting” ones, are all first-class. That also includes the test modifications in the future: After all, if we’re going to change the code to support that requirement, that will require tests for that requirement.

The trick is to minimize the effort to a minimum. And we can do that, because some of that future effort is waste that we’re creating now. The waste happens when the requirements don’t change, but the tests fail, and not because of a bug. We then need to fix the test, although there wasn’t a real problem. Re-work.

What happens if we decide to rename the PositiveCalculator to Calculator?  The test will not compile. We’ll need to modify the test in order to pass.

Renaming stuff doesn’t seem that much of a trouble, though – we’re relying on modern tools to replace the different occurrences. However, this is very dependent on tools and technology . If we did this in C# or in Java, there is not only automation, but also quick feedback mechanisms that catch this, and we don’t even think we’re maintaining the tests.

Imagine you’d get the compilation error only after 2 hours of compiling, rather than immediately after you’ve done the changes. Or only after the automated build cycle. The further we get from automation and quick feedback, we tend to look at the maintenance as a bigger monster.

The general advice is: “Don’t couple your tests to your code”.

There’s a reason I chose this example: Tests are always coupled to the code. The level of coupling, and the feedback mechanisms we use effect how big these “maintenance” tasks are going to be. Here are some tips for lowering the chance of test maintenance.

There’s a saying: Code is a liability, not an asset. Tests are the same – maintenance will not go away completely. But we can lower the cost if we stick to these guidelines.