Where do bugs come from? Part II 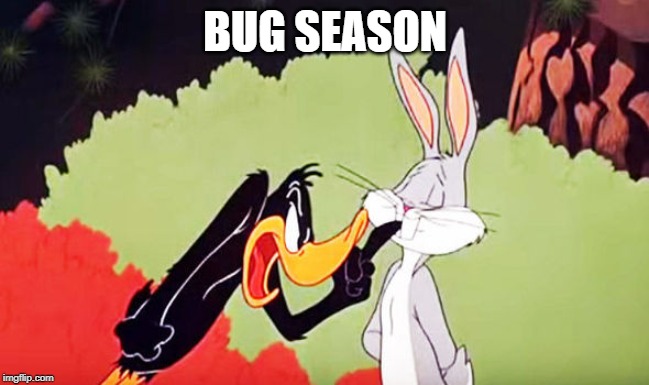 While we’re on the subject of favorite excuses, let’s talk about a couple more I got.

It’s not my fault! pic.twitter.com/p2jeziwFpt

It looks more like an escape pod than a bug. Ironically, “don’t look at me” does the exact opposite. It looks very unprofessional. But let’s dig deeper.

We need to ask, how this became a “who”, rather than a “how” thing. Even if you isolate everyone in the process, and have them contact each other through taped recording, it would be very hard to prove that the bug is specific someone’s fault. But that doesn’t matter really, is it?

If the organization looks to blame someone, it will find someone to blame. “It wasn’t me” is defensive for a reason, a safety-less culture. Bugs can come from systemic failure. The excuse is just a symptom.

This was from long ago, a colleague would immerse himself in a bug hunt, only to return days or weeks later and report: “It was only a typo.”

Again, another symptom. My guess it wasn’t a typo.

If it wasn’t, why would he say that? Feeling no safety to take responsibility, acknowledge a mistake, and learn from it – this is probably not a specific someone’s issue. It’s an organizational issue. People tend to cover up. if they are feeling they are going to be persecuted and judged. If it was a typo, using “only” to diminish the problem, gives us a hint on how the programmer might have felt.

The next one I got actually leading to the next post.

“This is a prototype. We don’t need testing.” Then the “prototype” goes to production.

That’s culture related as well, but needs more digging. In the meantime? Leave some more excuses in the comments. We love excuses.