Integration Testing with Spring – Mocking I 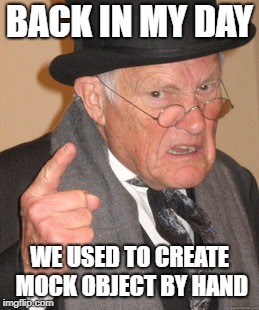 Spring has some cool features, and Spring Boot doesn’t just pack JUnit into its packages, but also Mockito, so we can use mocking to our hearts content.

We just need to be careful in our integration tests. We need to be wary of…

Remember the whole dependency injection power of Spring? So far, we’ve used the phrase “when the application loads”, to say when beans are injected. And that is mostly true (unless you programmatically refresh the beans, more on that later).

So far, so good. We’re injecting a mock. Now let’s look at our completely contrived test class that uses that bean.

Our tests check if the publish method was called. When we run it, the firstTest passes, and the secondTest fails. But why?

Our mockPublisher instance, used in both integration tests, is injected only once, when the test class instance is created. That’s the default injection mode in Spring, called “singleton” scope.

Using singletons is great in many use cases. However, we don’t want this behavior for mocking. We want mocks to be created every time from scratch, to lower the dependency between tests. In unit tests, we have full control on how to create any instance, so just recreating them in the setup or the test method is enough. With Spring integration tests it’s different.

When using “singleton” scope, the factory method is called once, and the instance is cached. Using “prototype” scope tells Spring that every time we need an instance, it should create a new instance, like we want from our mock.

Alas, in our integration tests, we have a single creation (or injection) for our mock. The factory method in the MockPublisherConfiguration is called only once.

But that’s because we’re using @Autowired. When the test class loads, Spring sees the @Autowired member and injects it, and that happens a only once. What if we get the bean programmatically, rather than through @Autowired?

We’ve added the “prototype” scope to our bean and presto – Both integration tests pass!

Now we get a different instance for every test. The second one’s publish method indeed does not get called.

It works! We’ve got a different mock for each test.

Here’s the bad news: Most people don’t even understand how Spring works, so getting hot and heavy with the ApplicationContext may be too much for them. Not you, of course, but other people.

So for them, next time we’ll look at other options for mocking in Spring integration tests.