Published by Gil Zilberfeld on August 1, 2017 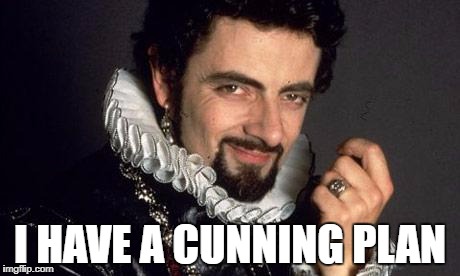 So far, we’ve talked about the process itself, our goals and expectations, what to look for while we’re moving forward, and now it’s time we get to the good stuff.

How does an implementation plan actually look like? A good plan includes these elements:

Remember that when we start, we already have a core team, usually one, who learned the ropes all by themselves. While they can be great ambassadors or mentors, they are usually not trainers. They know what they’ve encountered, and that is usually much less than skilled practitioners and trainers, who’ve seen lots of code and tests.

The other teams, the people who start from scratch, need context, focus and the quickest ramp up in order to get started. In my introductory courses, I introduce tools as well as effective practices of testing – planning, writing, maintaining, working with legacy code, etc. In addition, I expose them to design for testability and TDD. The courses are hands on, so people can practice the different topics.

Apart from having the tools available on the developer machines, we need a CI server that’s configured to run the tests and report the test run results. We’d also like to have project templates (maven archetypes, makefiles, etc.) available so people won’t need to start from scratch.

All dependencies (libraries, tools, templates, examples) should be available in a central repository. On day one we want people to start committing tests that are run and reported. We don’t want to have them bump into environmental problems and extinguish their motivation.

This are sessions (1-2 hours each tops) when an experienced coach (either external or internal), sits with one or two people and helps them plan test cases, write tests and review tests for things they are working on. This way we transfer the knowledge of testing, as well as starting to create conventions of “this is how we test”. We focus on code that’s being worked on, focusing on making it testable and proving it.

If you start out with an external coach, it would scale up to a point. The idea is to start with a small group that can later become the mentors for new people in a viral way. The ambassadors from the pilot stage can and should support that process.

We want to continuously improve the way we test, discuss and share our experiences. As we’ve already discussed, there should be forums for discussing and practicing testing. That means we need scheduled time, when people are encouraged to attend, talk about what they did, and learn from others. Test reviews, refactoring together, learning patterns – these meetings breed stronger developers.

These COP meetings are opportunities to discuss the metrics and goals, adapt if help is needed. They are engines for learning and imprvement. They also send the message from management that testing is important. As time goes by, and less coaching sessions are needed, the COP takes over as the main teaching and mentoring tool.

There you have it. In the next posts, I’ll go through a case study of deploying a unit testing plan.