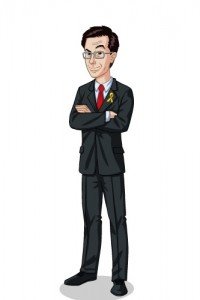 This is the 8th post, soon to be the 8th wonder of the world, in the Unit Tests Attribute series that started here. To learn more about testing, contact me.

I want to thank Steven Colbert for coining a word I can use in my title. Without him, all this would still be possible, had I not given up looking for a better word after a few minutes.

Tests (including unit tests) are about trust. We expect them to be reliable. Reliable unit tests tell us everything is ok when they pass, and that something is wrong when they fail.

The unit tests that pass, instead of failing, are the problematic ones. They hide the real picture from us, and erode our trust, not just in those tests, but also in others. After all, when we find out a problematic tests, who can say the others we wrote are not problematic as well?

Truthiness (how much we feel the unit tests are reliable) comes into play.

Or rather, injecting an example of a dependency.

Let’s say we have a service (or 3rd party library) our tested code uses. It’s slow and communication is unreliable. All the things that give services a bad name. Our natural tendency is to mock the service in the unit test. By mocking the service, we can test our code in isolation.

So, in our case, our tested Hotel class uses a Service:

To know if the method works correctly, we’ll write this test:

And everything is groovy.

Until, in production, the service gets disconnected and throws an exception. And our unit test says “B-b-b-but, I’m still passing!”.

The Truthiness Is Out There

Mocking is an example of obstructing the real behavior by prescriptive tests, but it’s just an example. It can happen when we test a few cases, but don’t cover others.

Here’s one of my favorite examples. What’s the hidden test case here?

Unit tests are code examples. They work to the extent of our imagination of “what can go wrong?” Like overflow, in the last case.

Much like differentiation, truthiness can not be examined by itself. The example works, but it hides a case we need another test for. We need to look at the collection of test cases, and see if we covered everything.

The solution doesn’t have to be a test of the same type. We can have a unit test for the service happy path, and an end-to-end test to cover the disconnection case. Of course, if you can think of other cases in the first place, why not unit test them?

So to level up your truthiness:

Aim for higher truthiness. Higher trust in your tests will help you sleep better.